The pamphlet is designed as a visual aid to be used when the doctor is counselling the patient and their family.

How does it work?

How does it work?

It consists of a single A4 sheet of paper which follows a simple three-fold format.

The pamphlet contains four sections which convey information about the basic anatomy of the brain, the condition itself, its treatment, and the related costs.

The doctor can draw on the various templates of the brain and the body included in the pamphlet to explain general information as well as details specific to the patient. It has been translated into the seven languages primarily spoken by the target audience: Bengali, Hindi, Kannada, Malayalam, Oriya, Tamil, and Telugu.

In order to ease the work of the doctors and ensure these diagrams remain consistent while still retaining the interactivity and/or engagement that this process of drawing and explaining offers, we designed a pamphlet for the doctors to draw on which the patients can later take home.

Why is it needed?

Why is it needed?

The doctors expressed how patients usually ask if they can take home some form of information about their condition with them.

The doctors we interacted with at NIMHANS often make crude and quick diagrams to explain anatomy, the patient’s condition, and their treatment during the counselling process.

Dr. Hima Pendharkar spoke about how patients also ask if they can take the diagrams she makes home with them but she questions if these rough drawings will even make sense when taken out of the context of their interaction. 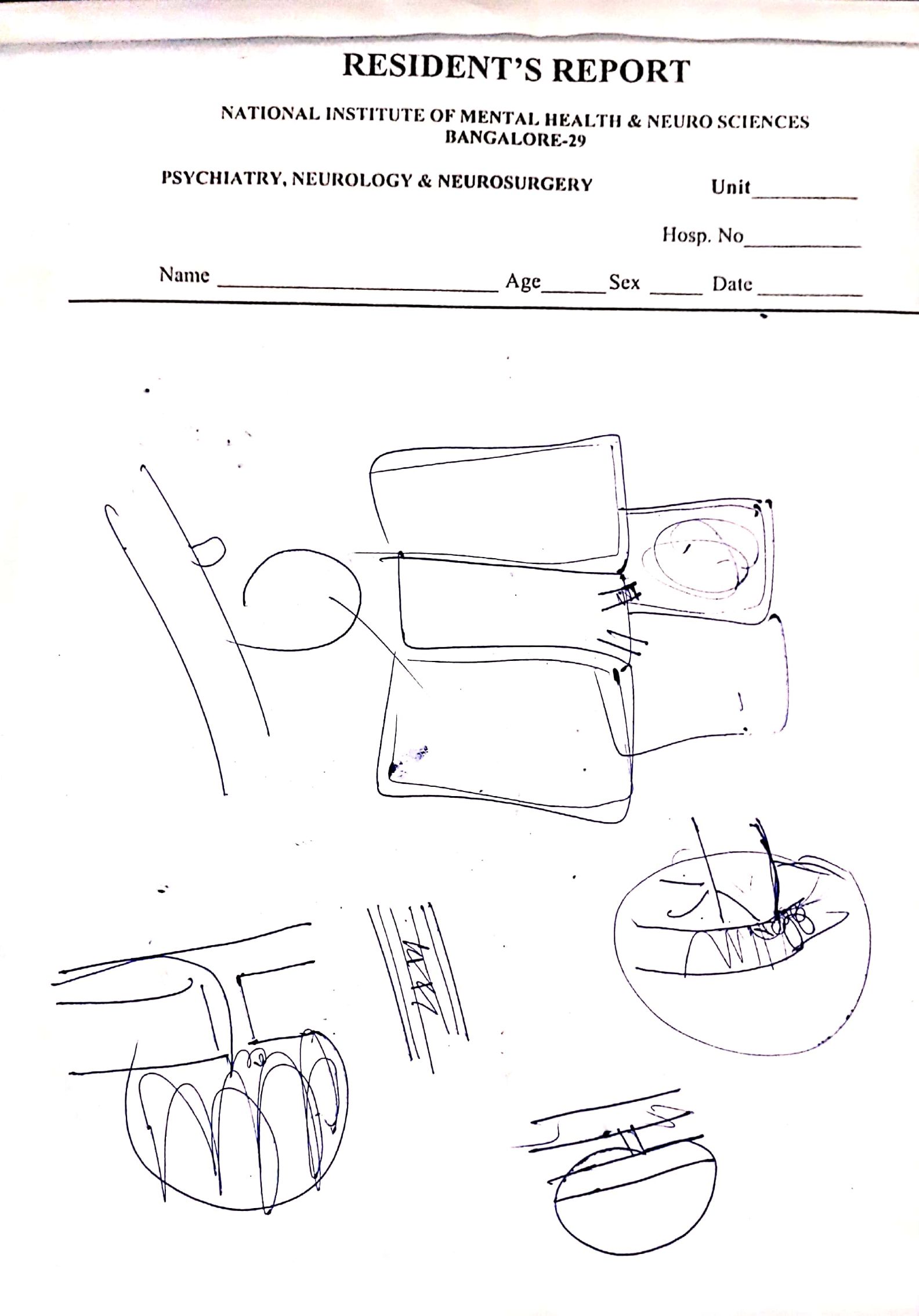 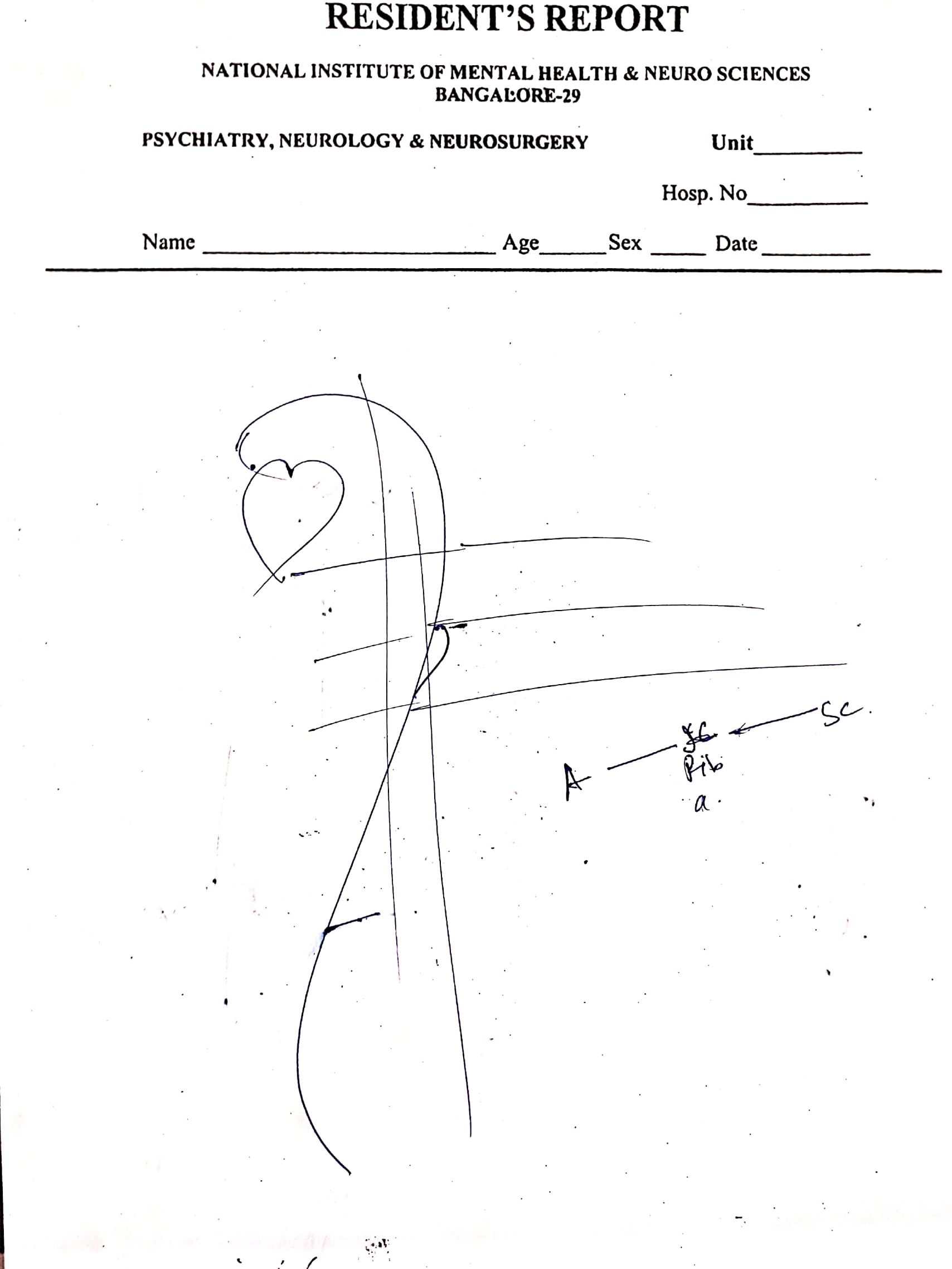 How can it help?

How can it help?

We had to keep in mind that a majority of the patients this pamphlet is being created for cannot read or write and so we decided that incorporating a great deal of text would not be helpful.

As a result the pamphlets contain a minimal amount of text and rely more on the visuals to communicate essential information. The few key phrases that have been incorporated have been translated, however, so that the doctor can use a pamphlet in a language of the patient’s preference and if the patient cannot read themselves, they could at a later point, if required, ask someone else to look at the little text on the pamphlet for them.

To simplify matters, we designed one pamphlet common to all brain-related conditions and one for conditions of the spine.

The act of the doctor drawing increases engagement during the interaction and increases retention of information on the part of the patient. Our intervention holds onto this while making the process more efficient and catering to the needs and understanding of the patient.

"We will now be able to give the families a good understanding about what has happened to their dear ones, thanks to your efforts’’

- Residents from the DSA Department at NIMHANS